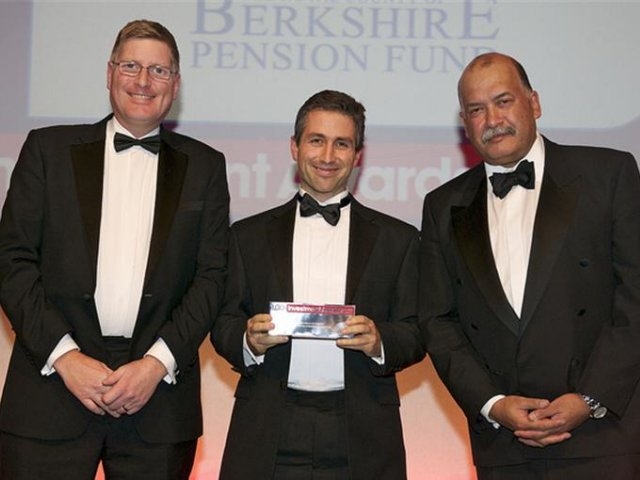 The Royal County of Berkshire Pension Fund picked up the prize for "Best Return on Property" at last night's LGC Investment Awards, held at The Grange St Paul's, London.

The best local authority finance teams were recognised with a coveted LGC Investment Award at the prestigious gala dinner at The Grange St Paul's, London, on Wednesday 7 December 2011.

The night brought together the key industry players to reward and recognise the most innovative initiatives and deserving individuals in the local authority pensions and investment sector.

The full press release can be downloaded here.

We are delighted to announce that The Royal County of Berkshire Pension Fund Administration Team received the Highly Commended Award for Team Excellence in Administration.

The awards were held at an awards luncheon on 6 July at the Waldorf Hilton, London and celebrate the work and achievements of pension schemes over the past year.

We are delighted to announce that The Royal County of Berkshire Pension Fund won the Best Investment Strategy Award at the Engaged Investor Trustee Awards 2010. The award was accepted by Kevin Taylor, Pensions Administration Manager on behalf of the Berkshire Pensions Fund Investments team. The award ceremony was held on Wednesday 7th July 2010. These awards were open to all UK-based occupational pension schemes and aims to recognise the schemes that have made a significant difference to the performance of their Fund.